The Pakistan Ministry of Health also retweeted a statement from Dr Sultan reassuring the public that Khan’s contraction of the virus was due to both the vaccine’s timing and that Khan still required a second dose.

“Prime Minister Imran Khan was not fully vaccinated when he contracted the virus. He only got the 1st dose merely two days ago, which is too soon for ANY vaccine to become effective. Anti-bodies develop 2-3 weeks after the 2nd dose of 2-dose COVID vaccines. #VaccinesWork,” read the tweet.

Despite Khan’s current health situation, Pakistan officials are continuing to encourage vaccinations among the public.

In an interview with FOX News on Wednesday, former U.S. Department of State Lead Investigator David Asher discussed his concerns around gain-of-function research conducted at Wuhan Institue of Virology (WIV) laboratories in China and its role in the Chinese Communist Party (CCP) virus pandemic.

“[Gain-of-function research] is the manipulation of genetic material to increase the virulence of diseases. For some reason, the United States medical disease community, with many international partners, has decided we can get ahead of biology using synthetic techniques. . .including in partnership with the Chinese Wuhan Institute since at least 2007,” Mr Asher stated.

“You’re not going to really understand the nexus of this program and what it was trying to accomplish unless you understand who was involved, where the money was coming from and what their motivations were,” he said.

Mr Asher also noted the connections of Peter Daszak, who led the U.S. contingent of the WHO delegation into Wuhan, to the WIV‘s joint research funded by the National Institute of Health (NIH).

“The massive time delay, the time the Chinese have taken to destroy evidence, cover it up and now handpick the members of our own delegation, including their guy who has worked with them under contract, ironically funded by our own lead doctor Dr Antony Fauci, is a mystery,” stated Mr Asher.  ······ [Read more] “Former U.S. Department of State Lead Investigator Points to Wuhan Gain-of-Function Research as Origin of Global Pandemic”

According to two diplomats, the European Union (EU) approved the blacklisting of a Chinese entity and 24 Chinese Communist Party (CCP) and Hong Kong officials on Wednesday for their human rights abuses. Their names will be withheld until RU foreign ministers issue formal approval on March 22, where a broader rights sanctions list will be released.

The EU has also demanded the release of Uyghur economics professor and 2019 European Parliament’s Human Rights Prize recipient Ilham Tohti, who was sentenced to life imprisonment by the CCP in 2014.

The only previous sanctions imposed by the EU on the communist Chinese regime were the EU 1989 arms embargo following the Tiananmen Square massacre. These previous sanctions remain in place. The upcoming sanctions will include travel bans and asset freezes.

The adoption of these social controls represents a substantial hardening in EU-China relations and policies. Once regarded by Brussels as a harmless trading partner, the CCP has now revealed its true nature; a cunning perpetrator of crimes against humanity.

Beijing has held discussions on the issue since the beginning of the year after regulators reviewed the Hangzhou-based tech giant’s formidable list of media assets. According to several sources, the extent of Alibaba’s media interests shocked government authorities, who requested the company to devise a plan to slow the growth of its media holdings. However, the CCP has not yet specified the assets to be unloaded.

Officials were unable to confirm the total value of Alibaba’s media assets. However, according to a Wall Street Journal tally, the combined market value of its holdings in publicly listed companies totalled more than 8 billion USD before the U.S.  ······ [Read more] “Wall Street Journal Exclusive: Beijing Requests Alibaba to Dispose of Its Media Assets”

The Biden administration finally condemned the human rights abuses of the Chinese Communist Party (CCP) against Uyghurs and Tibetans at a U.N. Rights Forum held on Friday.

“We condemn China’s abuse of members of ethnic and religious minority groups including crimes against humanity and genocide in Xinjiang and severe restrictions in Tibet,” U.S. chargé d’affaires Mark Cassayre stated.

“We remain deeply concerned by the extensive and systematic human rights violations in Xinjiang, including credible reports of forced labour and forced birth control.”

U.S. authorities say Secretary of State Antony Blinken is expected to raise the topic of Uyghur genocide with his Chinese counterpart Wang Yi next week in Anchorage, Alaska.

However, the CCP continues to deny allegations of its human rights violations, including against Uyghurs in Xinjiang province, where over 1 million are locked in concentration camps. The communist regime insists its Xinjiang internment camps are merely vocational training centres built to prevent Islamist extremism and separatism.

In 1950, the CCP invaded and occupied Tibet. Since then, Tibetan citizens have been brutally treated, yet Communist China covers up this occupation and persecution with fabricated historical fantasies of the CCP as liberators of the Tibetans from so-called feudal, theocratic tyranny.  ······ [Read more] “U.S. Condemns China for Uyghur Genocide and Tibetan Persecution at U.N. Rights Forum” 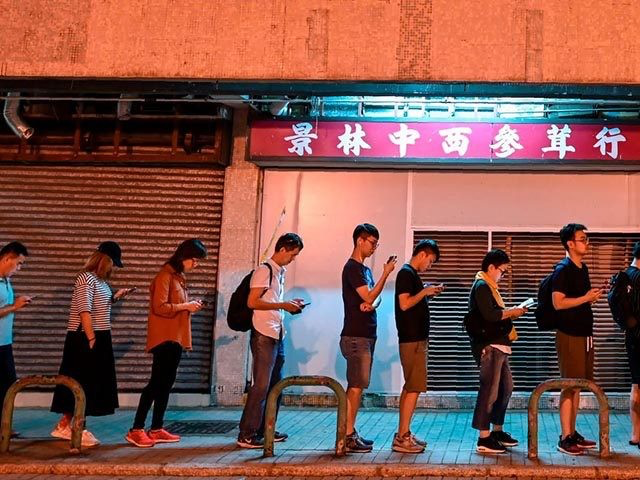 The Chinese Communist Party (CCP) approved a resolution to overthrow Hong Kong’s electoral system on Thursday. This resolution, which may be enforced within months, will allow Beijing to infiltrate Hong Kong’s government using a pro-CCP vetting panel. The panel will filter out any undesirable election candidates, allowing only pro-Beijing candidates to succeed.

“The Governments of Australia and New Zealand, like G7 counterparts, are deeply concerned that changes to Hong Kong’s electoral system passed by the National People’s Congress on 11 March further undermine rights and freedoms and the high degree of autonomy guaranteed by China to Hong Kong until 2047 under the Sino-British Joint Declaration,” Mahuta and Payne’s statement reads.

The document further declares that Hong Kong requires autonomy to succeed as a necessary finance and trade centre.

The Ministers emphasised the importance of democracy and freedom for Hong Kong’s people, especially the freedom to elect and criticise their government:

“These [electoral] changes run contrary to the ultimate aim of a Hong Kong Chief Executive elected through universal suffrage, weaken Hong Kong’s democratic institutions, and erode freedom of speech and association – all of which are set out in the Basic Law,” stated Mahuta and Payne.  ······ [Read more] “Oceania Duo: New Zealand and Australia Oppose Communist China’s Electoral Reform of Hong Kong”

U.S. National Security Adviser Jake Sullivan stated in Friday’s White House press conference that tariffs and export controls would not be prioritised in their first in-person discussion with China next week.

“This is our effort to communicate clearly to the Chinese government how the United States intends to proceed at a strategic level, what we believe our fundamental interests and values are, and what our concerns with their activities are,” said Mr Sullivan.

“I don’t expect that, for example, the phase one trade deal is going to be a major topic of conversation next week.”

The meeting agenda is expected to include various issues, like the COVID-19 or Chinese Communist Party (CCP) virus pandemic, climate change, and China’s treatment of Hong Kong. President Joe Biden, who is known to have questionable CCP connections, has also expressed his interest in working with Beijing in supposed areas of mutual concern.

During a House Foreign Affairs Committee also held on Wednesday, Secretary of State Antony Blinken stated the meeting would be an essential opportunity for the Biden administration to express its concerns regarding Beijing’s threats to the United States and its allies.